Yesterday Apple unleashed a whole bunch of new public betas on the world: iOS 15, iPadOS 15 and watchOS 8. Today the company is back with another big software puzzle piece announced at WWDC in June.

Following three weeks of developer beta, the public beta version of macOS 12.0 Monterey is now live for download (i.e. has begun a rollout that often takes a little time to make its way to everyone).

Apple just released the first iOS 15 beta to everyone

Any beta version of an operating system comes with the usual caveats/caution against downloading it on your primary machine, but at very least, this ought to be sufficiently more stable than what first rolled out to developers in June. Listen, I’m not going to tell you how to live your life.

I don’t always open these sorts of writeups with system compatibility, but it probably ought to be singled out for Monterey. After all, this is the first full new OS release since the company made the first Apple silicon Macs available last year. Naturally, it will be available for all of the systems sporting a first-party Apple processor.

Intel Macs are more of a grab bag, though support goes back for several years, in most cases.  A nod to Macrumors, who compiled the following list,

The dates are shifted up by a year or so from the Big Sur compatibility break down, which makes some sense.

Okay, so what do you get if you bite the bullet and download today? The biggest changes come to Safari, FaceTime, along with the addition of the Universal Control feature that unifies peripherals across devices and Shortcuts, an iOS feature that will replace macOS mainstay, Automater.

Some initial thoughts — Let’s start with Safari. The browser gets some key updates with every major macOS refresh, but this is one of the largest in recent memory. There was some concern following the keynote that the updates would only introduce confusion for many users. And certainly it’s true that people hate disruptions to their workflow – this is likely one of a handful of reasons I’ve never seriously concerned switching to Safari as a default every day browser. Change is hard, friends. Of course, change is also a necessary part of evolving. In either case, I haven’t been using Monterey intimately enough to offer something more definitive on the Safari experience.

It might not seem like much, but after so many generations of the task bar serving as the driving force, it’s admittedly a pretty bold change at the center of the browser. Your mileage will vary, of course, but the idea at the heart of it is tying the field to the individual tabs, rather than having it more of a constant presence. There’s more control of of the tabs, as well, in the form of Tab Groups, which allow you to essentially bookmark a bunch of sites together, so you can group them into things like Home and Work (assuming those ever become separate things again).

If you know anything about how Apple makes software, it shouldn’t come as any surprise that those groups get synced across devices via your Safari account. This is the kind of feature that could break either way for folks — it either means getting more organized or just creating a whole bunch of news groups of infinite tabs. 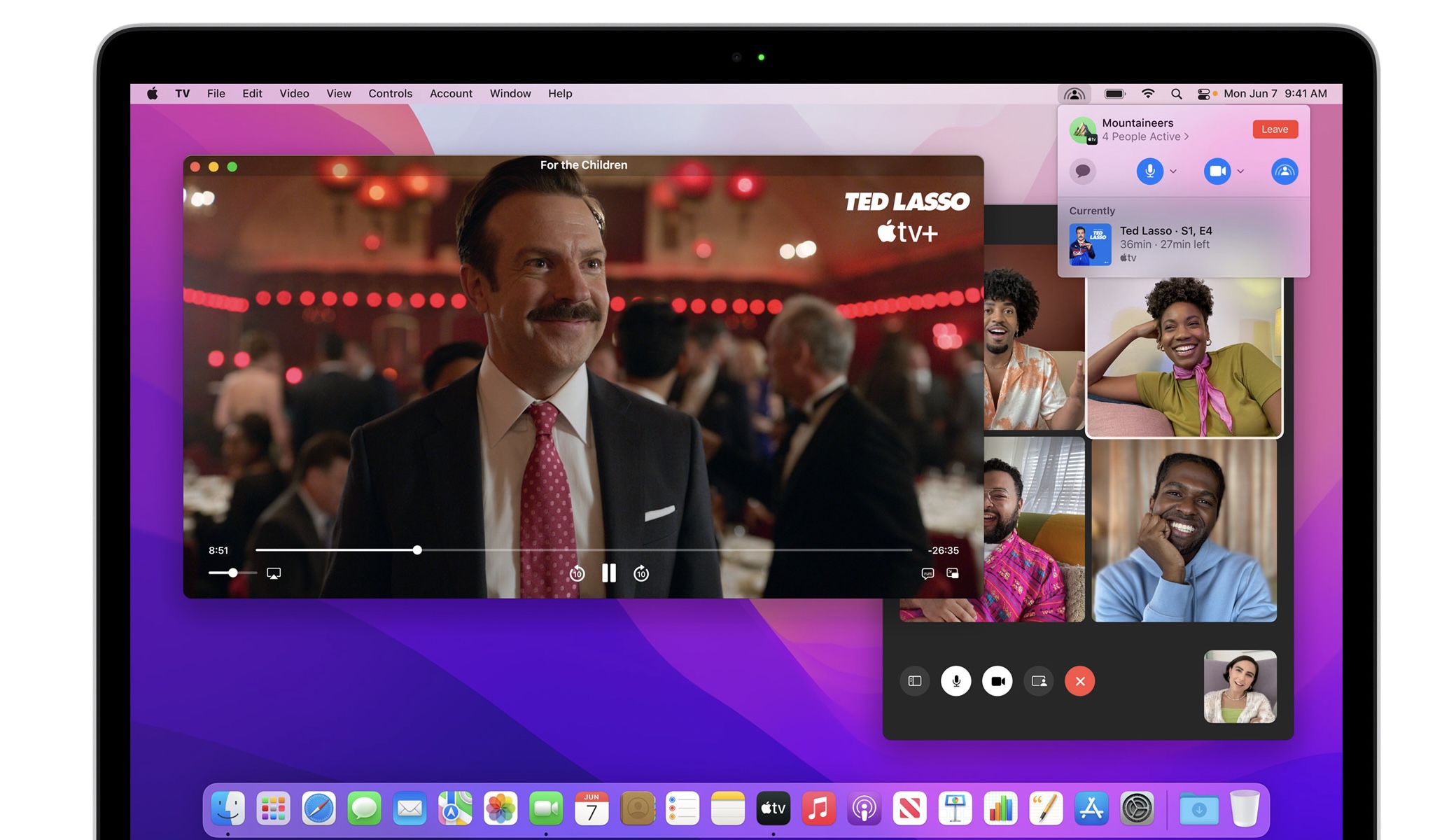 The additions to Facetime are a pretty welcome pandemic no-brainer. The biggest addition is a code a lot of third-parties attempted to crack over the past year, bringing the ability to stream movies and TV shows on FaceTime calls with friends, in order to watch together. Again, it’s a very pandemic-friendly product that will likely continue to have appeal, since teleconferencing certainly isn’t going anywhere.

In addition to Apple products like TV+ and Music, it will work with a bunch of launch partners, including, Disney+, Hulu, HBO Max, NBA, Twitch, TikTok, MasterClass, ESPN+, Paramount+ and PlutoTV. The company is also opening its API to developers, because, honestly, this thing really needs YouTube and Netflix.