Lula, a Miami-based insurance infrastructure startup, announced today it has raised $18 million in a Series A round of funding.

Founders Fund and Khosla Ventures co-led the round, which also included participation from SoftBank, hedge fund manager Bill Ackman, Shrug Capital, Steve Pagliuca (Bain Capital co-chairman and Boston Celtics owner), Tiny Capital’s Andrew Wilkinson. Existing backers such as Nextview Ventures and Florida Funders also put money in the round, in addition to a number of insurance and logistics groups such as Flexport.

The startup’s self-proclaimed mission is to provide companies of all sizes — from startups to multinational corporations — with insurance infrastructure. Think of it as a “Stripe for insurance,” its founders say.

Founded by 25-year-old twin brothers and Miami natives Michael and Matthew Vega-Sanz, Lula actually emerged from another business the pair had started while in college.

“We couldn’t afford to have a car on campus and wanted pizza one night,” Michael recalls. “So I thought it would be cool if there was an app that let me rent a car from another student, and then I thought ‘Why don’t we build it?’ We then built the ugliest app you’ve ever seen but it allowed us to rent cars from other people on the campus.” It was the first company to allow 18-year-olds to rent cars without restrictions, the brother say.

By September 2018, they formally launched the app beyond the campus of Babson College, which they were attending on scholarships. Within eight days of launching, the brothers say, the app became one of the top apps on Apple’s App Store. The pair dropped out of college, and within 12 months, they had cars available on more than 500 college campuses in the United States.

“As you can imagine we needed to make sure there was insurance coverage on each rental. We pitched it to 47 insurance companies and they all rejected us,” Michael said. “So we developed our own underwriting methodologies or underwriting tools into the operations and had the lowest incident rate in the industry.”

As the company grew, it began partnering with car rental providers (think smaller players, not Enterprise, et al.) to supplement its supply of vehicles. In doing so, the brothers soon realized that the most compelling aspect of their offering was the insurance infrastructure they’d built into it.

“Our rental companies begin to put a significant portion of their business through our platform, and one day one called us and asked if they could start using the software in the insurance infrastructure we’d built out in the rest of our business.”

A few weeks later, the duo shut down their core business and by April 2020, they pivoted to building out Lula as it exists today.

By August of 2020, the company launched an MVP (minimum viable product) and since then has been growing about 30% month over month after reaching profitability in its first four months. 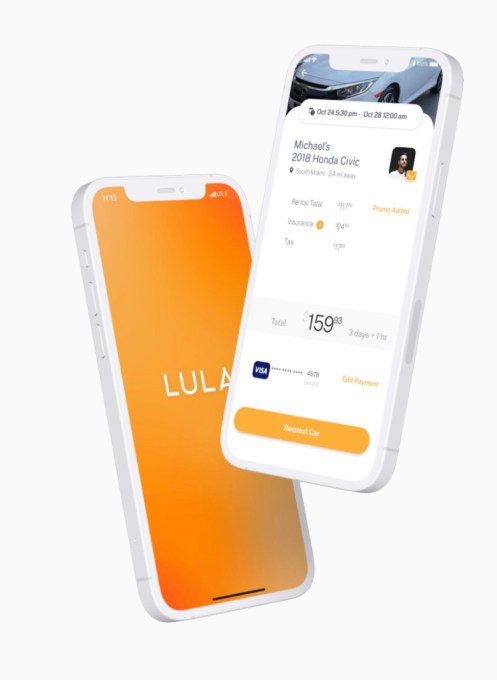 Today, Lula offers a “fully integrated suite” of technology-enabled tools such as customer vetting, fraud detection, driver history checks, and policy management and claims handling through its insurance partners. It has a waiting list of nearly 2,000 companies and raised its funding to fulfill that demand.

“The main purpose for raising capital was so we can build out the team necessary to fulfill demand and sustain growth moving forward,” Matthew said. “And apart from that, we also just want to further develop the technology — whether it be in the ways that we’re collecting data so we can get more granular and make smarter decisions or just optimizing our vetting system. We’re also just working toward developing a much more robust API.”

Existing clients include ReadyDrive, a car-sharing program for the U.S. military and a “ton of SMBs,” the brothers say. Investor Flexport will be conducting a pilot with the company.

“Every time a trucker picks up a load or delivery, instead of paying monthly policies, they will be able to pay for insurance for the two to three days they are on the road only,” Michael says. “Also, if someone is shipping a container via Flexport, they can add cargo coverage at the point of sale and get an additional layer of protection.”

Ultimately, Lula’s goal is to act as a carrier in some capacity.

“We grew up in a shared economy world, where apps like Uber, GetAround, Airbnb have allowed us to episodically utilize assets rather than purchase them outright,” he said.

In his view, though, the insurance industry has not picked up on the massive shift.
“Typical insurance agents both don’t know how to underwrite episodic usage of assets, and they don’t know how to integrate into these typical of digital rental platforms and allow for instantaneous underwriting,” Asparouhov told TechCrunch. “Lulu is combining both of these technologies into an incredibly unique approach that digitizes insurance and gives us flashbacks to how Stripe disrupted the digitization of payments.”

Despite their recent success, the brothers emphasize that the journey to get to this point was not always a glamorous one. Born to Puerto Rican and Cuban parents, they grew up on a small south Florida farm.

“We started our company out of our dorm room and initially emailed 532 investors only to get one response,” Michael said. “Founders just see the headlines but I just want to advise them to stay persistent and really keep at it. I’m not afraid to share that the company started off slow.”

Insurtech is hot on both sides of the Atlantic