With a couple of generations of wireless earbuds under its belt, OnePlus finally has the AirPods Pro — and the rest of the premium market — in its sights. As part of an event today that also includes the launch of its budget Nord 2, the company officially announced the OnePlus Buds Pro.

The top-line feature here is adaptive noise canceling, which uses a trio of on-board mics to filter out ambient sound up to 40 dBs. The company says the tech compares favorably to more standard active noise cancelling, which offers a set level of filtering. The buds are powered by a pair of 11mm dynamic drivers, with support for Dolby Atmos.

All told, battery life is up to 10 hours on the buds (sans noise cancelling) and 38 with the case (ditto). The case will charge wireless with third-party Qi pads, or the system can get 10 hours of life with 10 minutes plugged in. 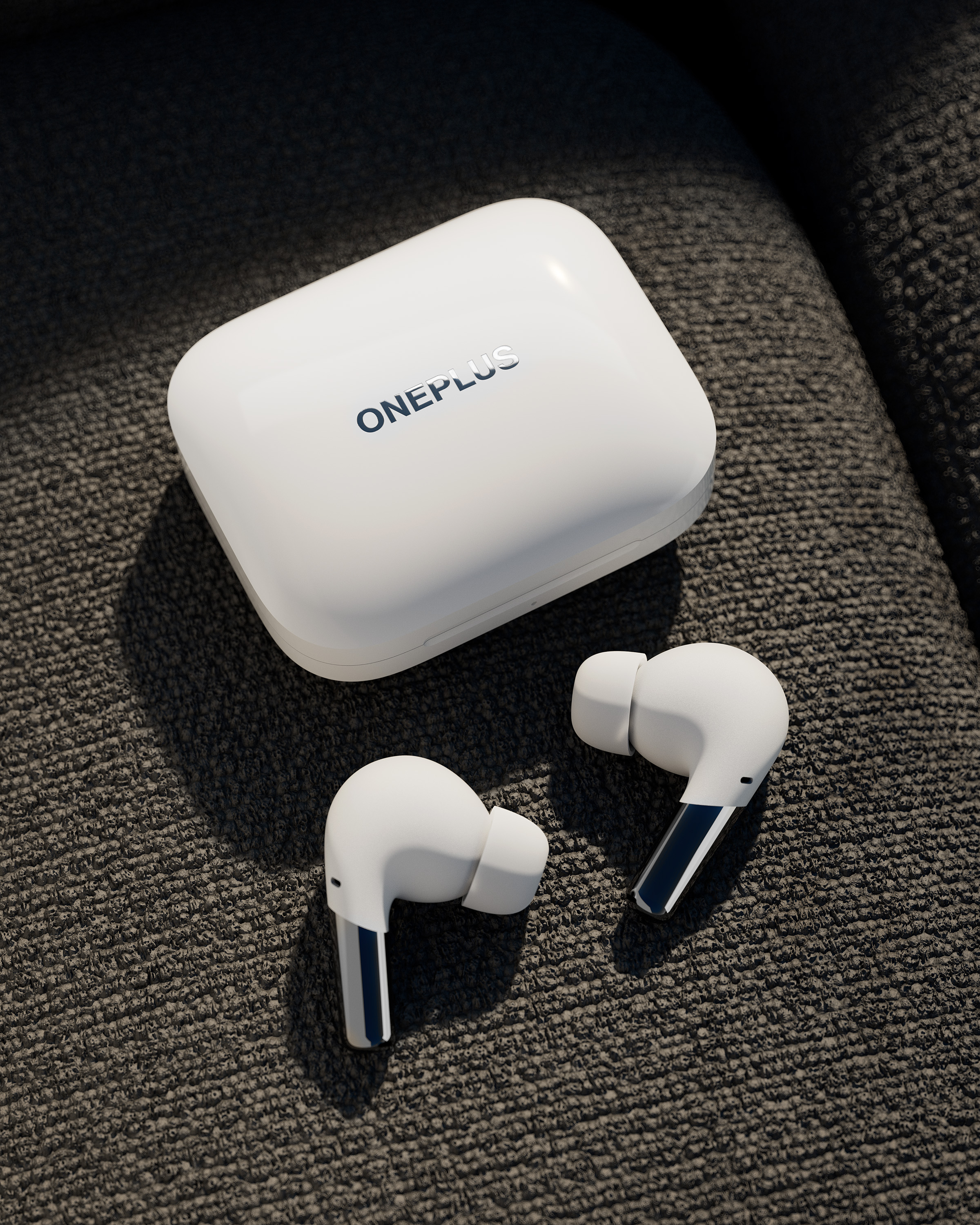 At $150, they’re $100 cheaper than the AirPods, though the number everyone is looking at here is almost certainly the $99 price tag Nothing announced for its upcoming Ear (1) buds. OnePlus did manage, however, to beat its co-founder’s new company to the punch by a full week.

Coincidence? You be the judge. (Honestly, it’s probably a coincide, given that the Ear (1) were delayed, but I digress.)

The price tag puts them more directly in line with the recently announced Beats Studio Buds, along with Google’s Pixel Buds and Samsung’s Galaxy Buds Pro — that is to say, somewhere in the middle of the pack. Design-wise, they appear most similar to the AirPods Pro, albeit with a metallic stem popping out from the bottom of the black or white buds.

I was fairly underwhelmed by the company’s first fully wireless set, the OnePlus Buds. To the company’s credit, they were extremely aggressively priced, at $70, in keeping with the release of the original Nord handset. The OnePlus Buds Pro will arrive in the U.S. and Canada on September 1.